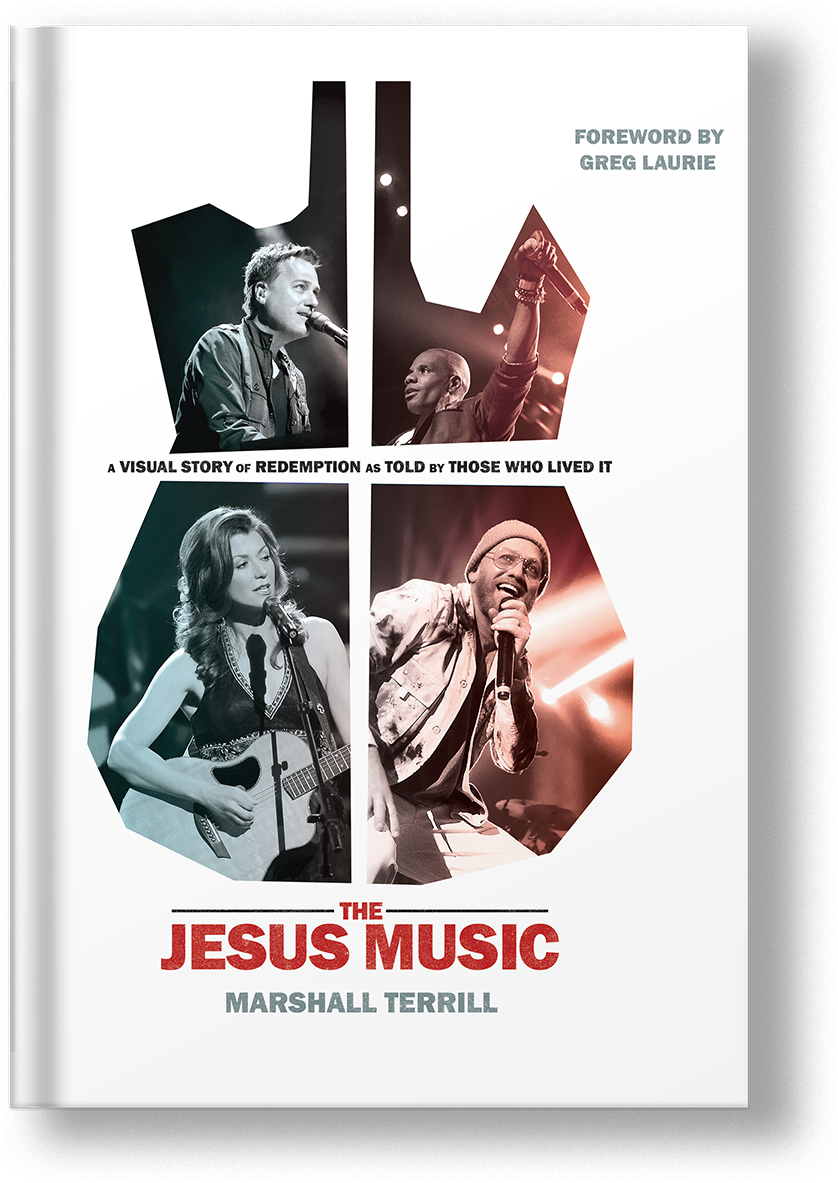 Place your order as soon as possible to ensure timely delivery – we are experiencing longer than normal shipping times due to unprecedented transportation delays. Usually ships within 72 hours of order. Physical book ordering is available in the USA only.

The Jesus Music: A Visual Story of Redemption as Told by Those Who Lived It

A written and visual complement to the documentary film of the same name, The Jesus Music brings the history of a movement to life. Featuring Contemporary Christian Music artists across five decades, readers will experience the story that has united and changed the lives of people around the world.

The Jesus Music: A Visual Story of Redemption as Told by Those Who Lived It shares that story: people creating something they wanted, something that never existed before. Written by music and film historian Marshall Terrill, the book accompanies a documentary film by award-winning directors Jon and Andy Erwin; this written and visual narrative of the genre features historic concerts and candid behind-the-scenes photographs throughout.

From its beginnings in the tumultuous 1960s and the convergence of rock and roll, country, and gospel music during that time, The Jesus Music explores the history, evolution, and redemptive thread of Contemporary Christian Music over the last fifty years. From early California artists as much a part of hippie culture as Christian culture, to religious-themed bands and songs denounced by some church leaders of the day, to the rise, and sometimes fall, of best-selling artists, the book explores the often delicate balances between faith, fame, mission, and humanity as they relate to Christian music.

The Jesus Music takes a deep dive into the history of Contemporary Christian Music alongside the notable voices of Amy Grant, Michael W. Smith, Kirk Franklin, and TobyMac, as well as the stories of dozens of additional Christian artists through the decades. Experience a journey that hits all the right notes and explores:

The Jesus Music is perfect for anyone looking to explore the history of the genre and discover how God can use us despite our flaws to impact the world.

Marshall works at Arizona State University where he is a reporter, covering the military, journalism, humanities and Native American issues. He resides in Tempe, Arizona with his wife Zoe. The Jesus Music is his twenty-sixth book.