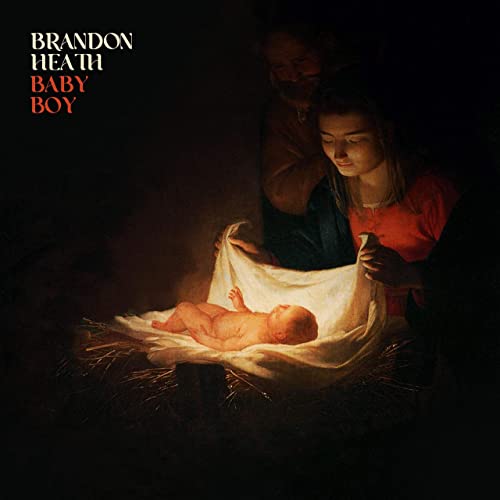 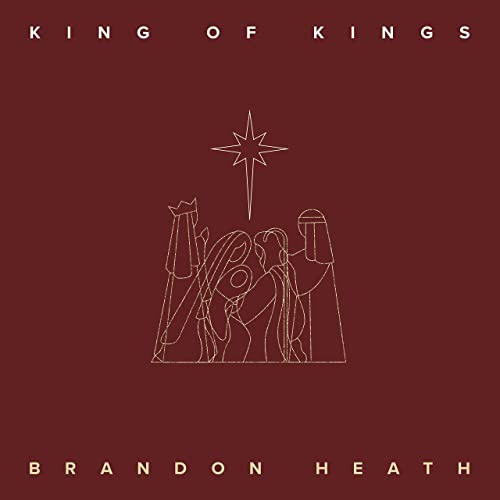 Back when singer/songwriter Brandon Heath was thirteen, he received a Christmas present that helped pave the way for his musical future—his first guitar. Not long after, Brandon began writing his first songs, and eventually the Nashville native joined his school choir and pursued his love of music with fervor.

Since he didn’t grow up attending church, faith-oriented themes weren’t a part of his early songwriting. After he was invited to a Young Life camp when he was sixteen, that changed when he heard about Jesus for the first time. And it was at that moment, that Brandon wrote the song, “I’m Not Who I Was.” Still, he wasn’t entirely convinced music was the only life for him, so he attended college and earned a Bachelor’s degree in English.

Before long, Brandon’s simple reflections on faith and real life struggles were getting noticed in a big way. Influenced by his fellow Nashville artists, he was equally impressed by the camaraderie found in the songwriting community. It wasn’t just about playing music but sharing stories that inevitably connected with the heart.

His song "Love Does," is inspired by his good friend and author Bob Goff. Bob is the the founder and CEO of Restore International, a non-profit Organization addressing the injustices committed against children around the world. Brandon was so moved by Bob's work, he decided to write a song about it.

"We've had about a ten year friendship. He's really the guy that talked me into doing this music thing. What he did was just ask me about my dreams; and they were so buried in there. Maybe I was so afraid of them that I'd never think about them myself. But, number one, he gave me permission to dream. Then he was just like, 'Well, I'm for you. So, how do we do this?'" Brandon says. "The best way to describe Bob … he's a fireworks technician. He loves finding people's fuse and lighting it, and standing back and watching them explode into something beautiful. He searches for people's fuses and ignites them. That's what he's done to me. He's taken me all over the world. I've been to India, China and Africa with him. Basically, he's the first guy to take me to a third world country and push the limits on what I thought I was capable of doing. It's liberated me."

"Love Does" follows Brandon's hit "Jesus In Disguise," a song that branches from an imaginary place he conjured up one day when thinking of an idea for his album Blue Mountain (2012). The album name is inspired by a quote from author C.S. Lewis: "'But when day came, with a sprinkle of rain, and he looked about him and saw on every side an unknown woods, wild heaths, and blue mountain, he thought how large and strange the world was and felt frightened and small."

"The album Blue Mountain is representative of a hilltop that, when seen in the distance, is blue and majestic. But when it's seen up close, it's really brown and green," Brandon describes. "One man on the mountain, who was blind, remarked, 'How can I believe in someone that can't be seen?' "Jesus In Disguise" shows us that sometimes we need to open our eyes wide and intentionally look for Jesus, in the midst of our own worlds."

In his album Don’t Get Comfortable, Brandon emphasized the importance of really seeing the world around us—and making a difference however we can. The album produced a slew of hit singles including “I’m Not Who I Was” and the convicting title track, "Don't Get Comfortable."

That theme continued on his second album What If We, which earned Brandon back to back “Male Vocalist of the Year” titles at the Gospel Music Association's Dove Awards and featured Christian radio favorites “Give Me Your Eyes” and “Love Never Fails.” Not only a radio favorite, but "Love Never Fails" was also personally requested by country singer Carrie Underwood for her wedding in the summer of 2010. Brandon commented on the occasion, "Being among their family and friends, I was honored to have been a witness to something so sacred and special." Heath continued to be a voice for the disenfranchised on his album Leaving Eden (January 2011). The first single "Your Love" explains that God's love is everlasting, and constant despite our individual failures.

But once the day after Thanksgiving hits, this eclectic album is sure to brighten up your holiday season. "I want people to just hear a song and slip into the past," he says. "Good Christmas music is really about sparking people's memories."