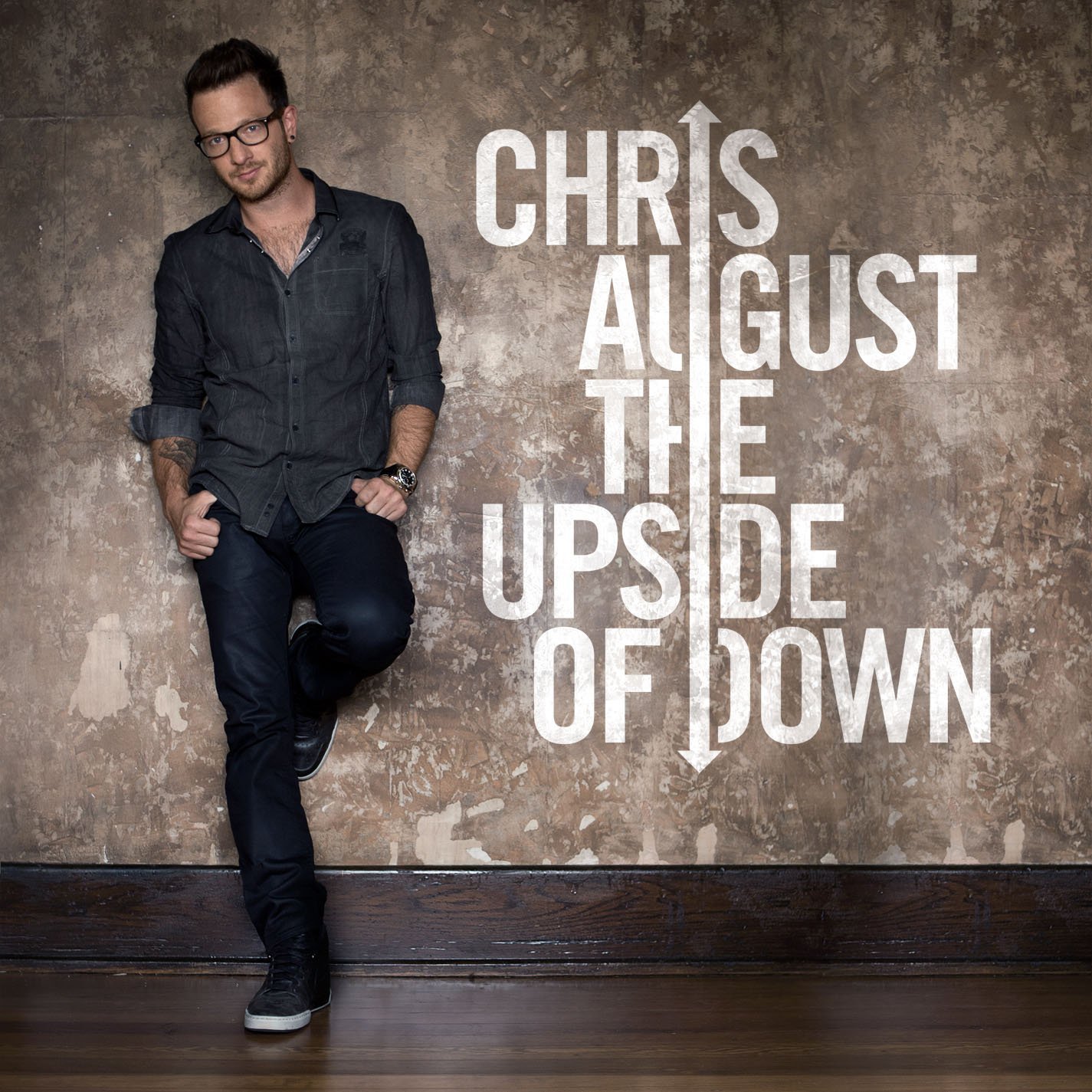 The Upside Of Down

With songs like "Restore," 7X70," "Center Of It" and "The Maker" (2015), Chris August creates music that expresses his love for Jesus and his desire to share Jesus’ love with the world through his songs and testimony.

Chris chose to film the video for “The Maker” in the midst of God’s creation, a fitting backdrop for lyrics that share a wealth of appreciation for the glory that surrounds all of us. A prolific songwriter (ninety songs were created for consideration on his latest album), Chris weaves varying degrees of love, faith, gratitude and vulnerability into his lyrics. And, there are a lot of life experiences for Chris to draw from when writing his songs.

In 2012, Chris hit his head in a skateboarding accident. He ended up in the hospital and lost almost a day of memories, including any of the accident. Chris wrote the song, "Center of It," from the album The Upside Of Down before the accident; but, it ended up being just what he needed during his recovery, “’Center Of It’ was kind of like an idea I had ... I never had anything that serious happen, I wasn’t going through it,” he said to K-LOVE’s Scott and Kelli. “Then all of sudden, towards the end of making my record, I had this serious accident and I was in the hospital and doctors told me it was going to take a year to recover. I listen to this song, and it’s crazy how much it hits me. It really makes me feel good in the sense that I’m glad God put it on my heart at the time I wrote it because it’s been so encouraging to me.”

Chris's song, "Restore," is a great reminder of how God can restore our lives in a time of need. "While I was out touring, I kept having people come up and tell me how much this song meant to them. Many of the stories were about a husband and wife not giving up on their marriage. I was so encouraged every time someone would tell me this. Not because it was a song that I had written that helped them, but to know that people are really leaning on God to restore them in a time of need," Chris explains. "After hearing this over and over I knew I wanted to write a song about it. That’s how ‘Restore’ started."

He continues, "I kept thinking about how our society makes it so easy to just quit. I’ve seen billboards advertising quick and cheap divorces. I’m sure some people are starting to wonder, ‘What is the point of committing considering it seems like most marriages don’t work out in the end?’ This is why I felt like this song had to be on this record. We need to be reminded that God wants to heal us. He wants us to fight for it and not to give up. The enemy is going to try and divide up the family. He’s going to use our weaknesses. He will make it seem like there is no way we could ever fix what went wrong. The good news is that God is bigger than our weaknesses and He can heal even the most broken heart. So in a time when it feels like nobody is growing old together, put Jesus in the middle. He will restore."

Prior to "Center of It," Chris debuted The Up Side Of Down with his more universal single “Starry Night.” The song reflects on God's astounding creation (a common theme) and brought Chris back to the strongest love he had ever experienced, God”s.

While his songs do reflect a transparent vulnerability, Chris is also well known for his sense of humor, evident in his infamous "Candy Wrap." Originally from Dallas, Chris has worked outside of Christian music; collaborating with artists like Jessica Simpson, Brian McKnight and Ryan Cabrera.

Influenced by his musical peers John Mayer, Gavin DeGraw and Stevie Wonder, Chris candidly writes about faith, hope and love. He merges his musings with a catchy pop/rock sound meant to draw in listeners from all walks of life.