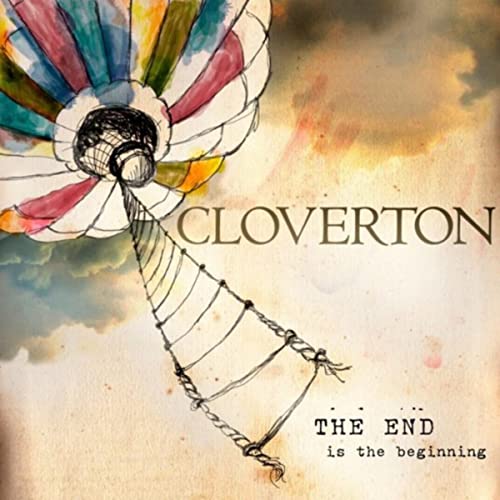 The End is the beginning

Take Me Into The Beautiful

Even though lead singer Lance Stafford’s voice has a striking resemblance to Third Day’s Mac Powell, Cloverton’s song “Take Me Into The Beautiful” of their self-titled EP, offers a unique sound that paints a picture of what it’s like to truly be in God’s presence.

“(The song) is based out of scripture when Moses spent time with God on the mountain, and afterwards, he had to wear a veil because his face shined so brightly,” explains Lance. “It’s an idea of being in the presence of God, and recognizing him moving and active around us. We read about in scripture but it still happens today. It’s a beautiful thing.”

Lance grew up in a musical family, but being a full-time musician and performer did not come naturally. He battled stage fright and pursued music more as a hobby rather than a career choice in college. After graduating, Lance (lead singer and piano) joined back up with his worship band from his local church which included his twin brother Layne (bass guitar), Tim Brantl (lead guitar), Matt Brown (rhythm guitar) and Kirby LeMoine (drums) to form Cloverton.

The band's first break came from a secret entry by Lance into Embassy Music’s Talent Search, where Lance performed by himself and won regional songwriting and performance categories enabling the band to earn studio time with producers in Nashville, Tennessee.

Cloverton's latest EP, The End is the Beginning (February 2012), covers a variety of themes that came out the group's personal convictions, "Our roots as a band were worship, so that's our ultimate goal," says Lance. "We hope that our individual expressions of worship will both captivate and motivate others to do the same. It looks different for everyone, and we understand that. We also understand that a worship song can be defined many different ways. And while you may not hear many of our songs being played in a typical Sunday corporate worship gathering, we believe that all of our songs carry worshipful meaning and expression."

The band recently surprised their fans by releasing a Christmas song tilted, "A Hallelujah Christmas." For the song, the band changed the lyrics to Leonard Cohen’s "Hallelujah," and turned it in to a beautiful holiday rendition that speaks of the miraculous birth of Jesus. "We'd actually been covering Leonard Cohen's "Hallelujah" in some worship settings for a year or two. We had re-written the lyrics for the song and people often asked us if we had a recording of that version," Lance explains. "So, we decided to re-write the song to tell the Christmas story...with an ending that we often don't think about at Christmas. The entire celebration of Christmas has no purpose without the eventuality of the cross. As for using Leonard Cohen's melody...it is such a beautiful melody and we wanted the "Hallelujahs" to really mean something when we sing them. It's almost like these Hallelujahs have been floating around trying to find the write story to attach themselves to. We think that pairing them up with the story of Jesus couldn't be a more perfect fit."