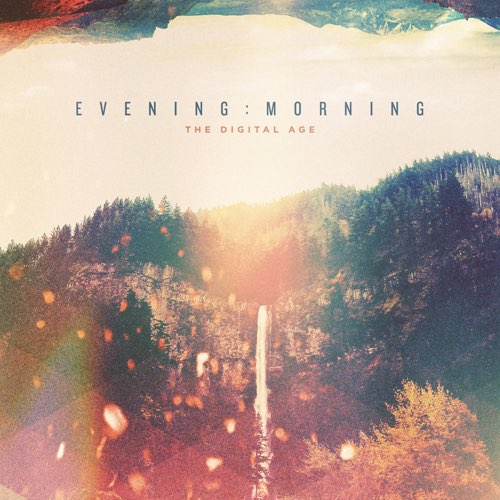 The band The Digital Age, sings about the power in the name of Jesus with their song, "Break Every Chain,” off their debut album Evening:Morning (2013). Formally members of the David Crowder*Band, Jack Parker, Jeremy "B-Wack" Bush, Mike "Mike D" Dodson, and Mark "the Shark" Waldrop, still have the same mission - to make music for the church.

"Since we are 2/3’s of the David Crowder*Band, you could say we’re very similar and our mission is still the same as the DC*B,” Mark Waldrop explains. “There was uncertainly and some hesitation when we first started, but once we realized that we love playing together and that we love making music for the Church, all the pieces just began to come together. Every time a new thing or direction came to light, we became even more confident in the direction and mission of what we’re called to do."

With Evening:Morning, the guys focus on creation and new beginnings...

"The album is a concept record that takes place from the evening to the morning,” Mark says. “Each song corresponds to an hour of the night starting at 7pm and going to 7am. Since the last DC*B record was a requiem mass about death, we wanted our first record as the digital age to be about life and creation. It tells the story of going from this time of darkness and uncertainty to light. It’s fun writing into a story that mirrors your personal journey as a band."

As The Digital Age tours their goal is to reach as many people as possible with their music...

"We hope they have fun. For us as a band, we just love making worship music," Mark says. "We think worship should be exciting and relevant and connect with people wherever they are. Our album is definitely a journey and every song is very different from the one before it, but that’s what makes it interesting!"