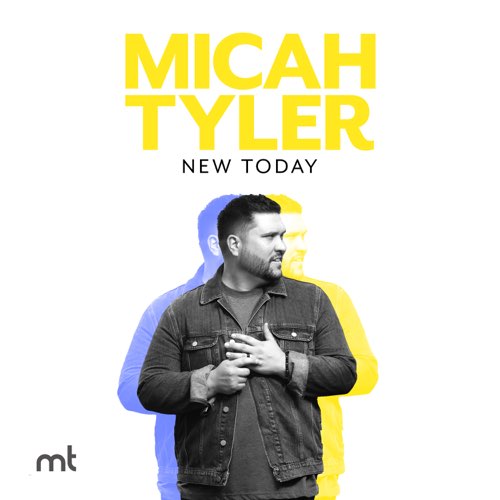 Never Been A Moment

“I want to live the music I'm writing. There are some songs I can't write because I haven't lived there yet. When someone comes up to me after a concert and tells me how my songs affected them, I want to make sure they know I can relate.”

It’s hard to imagine how many times Micah Tyler spent his days wondering ‘what’s next,’ while driving a sausage delivery truck across southeast Texas. Surely he was questioning his own discernment to quit his youth pastor gig, sell half of what he owned to move his family into a single-wide trailer, and start traveling the region performing songs he’d written.

Not an easy move for a guy in his late 20s living in somewhat-reclusive Buna, Texas with a wife, three kids, and no strong connection to the music industry at the time. “I just knew I had to be obedient and step out into music full time,” Micah recalls. “I told the Lord, ‘I don’t know how to be a professional musician, but you’ve taught me to be faithful.’ It was a daily decision to wake up every morning and stop worrying about tomorrow.”

Fast-forward down that long road and the same guy behind the delivery truck wheel now has a record deal on the same label as MercyMe, Newsboys, & Skillet as well as multiple Dove Award & KLOVE Award nominations, two BMI Top 25 Christian Songs, an appearance in a major motion picture movie, and three #1 songs.

A big part of Micah’s journey has included traveling 200 days per year, ranging from performances at youth and college aged camps to conferences to touring with other artists. His impact and understanding of his younger audiences was immortalized on a viral parody video titled “Millennials,” which has over 65 million cumulative views on YouTube and Facebook. He has toured with big name artists such as MercyMe, David Crowder, Jeremy Camp, Phil Wickham, and Big Daddy Weave.

Hundreds of nights on the road have certainly honed Micah’s purpose for ministry through a growing list of self-penned tunes borne from a place that’s as real as the person he’s trying to be. “These songs are battle-tested,” says Micah. “I want to live the music I’m writing. There are some songs I can’t write because I haven’t lived there yet. When someone comes up to me after a concert and tells me how my songs affected them, I want to make sure they know I can relate.”

Different seems appropriate for Micah since life looks a lot different than it did ten years ago. But the passion and drive of that original step he took to serve the Lord remains very much the same and we hope that never changes.