21 Questions with Anne Wilson on Influences, Family and Her Debut Single “My Jesus”

The road to @Anne Wilson’s debut single, “My Jesus,” was a long and winding path. The Kentucky native never thought she’d be sharing her faith in song. She always thought she’d be floating among the stars, exploring God’s creation as a female astronaut. The 19-year-old’s aspirations for the future changed, however, when her brother, Jacob, was unexpectedly killed in a car accident at just 23 years of age. Wilson sang an Australian worship collectives “What A Beautiful Name” at his funeral. It was the first time she had ever performed in front of an audience, and it was the first time she felt a new call on her life—a call to write and record music that glorifies Jesus.

Before heading out on the “All Things New Tour” with @Big Daddy Weave this fall, Wilson took a few minutes to answer a round of KLOVE.com’s “21 Questions.” Get to know the artist behind “My Jesus” below.

KLOVE.com: One thing you want everyone to know about your debut single, “My Jesus”?

WATCH NOW: The Story Behind "My Jesus"

KLOVE.com: Three artists who have influenced you the most?

Anne Wilson: Johnny Cash, Dolly Parton, and @Steffany Gretzinger would be the three artists who have influenced me the most. Steffany played a large part in how I came to know the Lord. In 7th grade, I saw a video of her worshipping, and I gave my life to the Lord after seeing the way she worships God. I admire her for so many reasons, but the main one is her heart for the Lord.

KLOVE.com: The thing you love to do most other than write and sing music?

Anne Wilson: I absolutely love being on my grandpa’s farm.

KLOVE.com: Your most vivid memory of growing up in Kentucky?

Anne Wilson: Going on adventures with my sister and brother in our neighborhood stands out to me the most, but especially to the creek we have near there that we would always go down to.

KLOVE.com: The thing that’s surprised you most about being a new artist in Christian music?

Anne Wilson: What surprised me the most was how Godly and kind the people are that I work with.

Anne Wilson: "He’s choking on the blood that ran down the tree" from “Don’t Tread On Me” by We The Kingdom would be the most profound lyric I’ve heard.

KLOVE.com: Three words you would use to describe your music?

Anne Wilson: Three words I would use to describe my music would be Spirit-filled, Southern, and rootsy.

KLOVE.com: Your favorite thing about spending time on your grandpa’s farm?

Anne Wilson: I love being outside in nature and just reflecting on all of the memories I have had with my family and my brother there.

KLOVE.com: The reason you love Jesus?

KLOVE.com: The last song you listened to that moved you?

Anne Wilson: 1 Peter 5:10: “And the God of all grace, who called you to his eternal glory in Christ, after you have suffered a little while, will himself restore you and make you strong, firm, and steadfast.” I love this verse specifically because Jacob, my brother, wrote this verse multiple times throughout his room. We never found these Bible verse cards until after he passed away. As a family we started repeating this verse all the time. We felt like it was for us because we were suffering so much, and God did make us strong and steadfast. We felt like Jacob wrote this verse out for us to have as a family.

Anne Wilson: I wish I had written “The Man Comes Around” by Johnny Cash.

KLOVE.com: TV show you never get tired of watching?

Anne Wilson: I never get tired of watching “The Walking Dead.”

KLOVE.com:  What you think your brother would say about your music?

Anne Wilson: Malone’s in Lexington, Kentucky would be my favorite restaurant. My go-to order from there is the prime center-cut sirloin cooked medium well.

KLOVE.com: Movie that you always stop and watch every time you see it on TV?

KLOVE.com:  Why you originally wanted to work for NASA?

Anne Wilson: I was amazed at God’s creation of the world and everything beyond it, so I wanted to be an astronaut to experience what I have seen in pictures.

KLOVE.com:  One thing you hope people feel when they hear your music?

Anne Wilson: The one thing I hope people feel when they hear my music is the presence of the Lord. 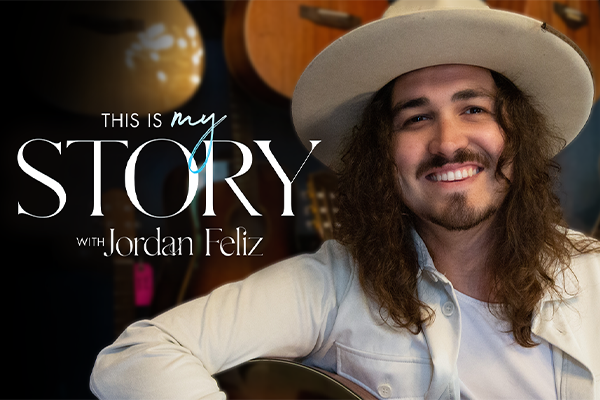