"God Only Knows" A very special remix by: for KING & COUNTRY & Dolly Parton

For a live concert, the entrance is everything.

The way a show begins sets the tone for the entire evening. That’s why when the lights go down in anticipation of the start of @for KING & COUNTRY’s current “Burn The Ships | World Tour,” the duo is nowhere to be found. Instead, the brothers choose to make an unforgettable entrance.

As the band begins to play, the large LED screens in the shape of boat sails slowly start to descend. And there, perched atop each sail are Joel and Luke Smallbone. With a mic in one hand and a lantern in the other, they embark on a theatrical musical odyssey for the next two-and-a-half hours, giving fans exactly what they want: more songs, more stories and more time.

“It’s become this contrast of being one of the most intimate nights, but then at the same time, the most elaborate show we’ve ever done,” Joel explains backstage. “We’re a third of the way in now, and it’s had all the emotions of a great adventure.”

The adventure started more than a year ago as the brothers began dreaming up this very tour, where the massive set design immerses audiences in the narrative of their latest album, Burn The Ships. The stage is backlit by the two custom-made LED “sails,” and a catwalk extends from the stage and ends in a perfect ‘V’ to form the bow of a ship. There’s no opening act. Instead, for KING & COUNTRY performs two full sets of music that feature every single song from Burn The Ships and a host of hits.

It’s the perfect setting for the Smallbone brothers to tell the story of the album—a story that began with Luke’s wife, Courtney. Minutes before he was ready to take the stage one night, Luke received a call from Courtney, frantic. She realized she had become addicted to pills, originally prescribed to curb nausea during pregnancy. She needed her husband to come home immediately. He took the first flight back to Nashville, and together, they sought professional help. Now, back on the road, every night he’s telling their story from stage.

“We’ve all made mistakes in life, and for whatever reason, I think we feel more guilt and more shame than we ever have. These days, I think there’s an epidemic of loneliness,” Luke observes. “Is it because everybody’s trying to look perfect on social media? So when you do make a mistake, maybe the weight of that feels more extreme.”

After Courtney received treatment, she flushed the pills as a sign of closure and told Luke that since God had healed her, He could have her story, too.

Not only did Courtney’s story serve as the impetus for the title track of Burn The Ships, but Luke’s wife and Joel’s wife, Moriah, are the litmus test behind many of the duo’s biggest songs to date. Case in point: both wives instantly knew their husbands had crafted something special the moment they heard “God Only Knows.” For the Smallbone brothers, the song was simply another day at the office.

“Most of the time, as songwriters, you’re just trying to show up and give your best every day. You’re trying to give your best creativity, your best ideas,” Luke offers. “We went home and just thought it was another day in the studio.” Even after his wife expressed her approval of the song, he adds, “Originally, I just thought, Well, it was a day well spent. Today was worthwhile. You never know that it’s going to become something much bigger.”

The song exploded thanks to the vulnerable lyrics that speak to fear, loneliness and shame—all because Joel had written out the phrase “God Only Knows” as a possible song idea. “God only knows the things that we’ve walked through in life. God only knows the struggles that have taken place,” Luke asserts of the song’s universal message. “God only knows the mistakes, but yet, despite all of that, there’s still a God that’s crazy about us.”

The duo took the song to a whole new level in August when they released a new version with country music legend Dolly Parton. “Like most ideas, it started off small,” Joel shares of the surprising collaboration. Joel and his wife were watching the Netflix documentary “Dumplin’,” for which Parton produced and contributed music, when the idea started to take root. Mustering up every ounce of courage he had, Joel cold-called Parton’s manager and pitched the idea of a duet. “Within two weeks, we were on the phone with her directly,” Joel says.

Unbeknownst to them, Parton had been looking for more inspirational projects and calls the song a “Godsend,” adding that “God Only Knows” is one of the best songs she’s ever heard.

“I cried the first time I heard her sing on the song,” Joel admits, adding that also having Parton featured in the music video for “God Only Knows” was “preposterous.” He says of Parton, “She’s just everything you hoped she’d be, and more.”

The brothers have more in common with Parton than one might think. Faith was an important part of their respective upbringings, and music was, too. They both come from large families. There are six Smallbone siblings altogether (including the duo’s well-known older sister, Rebecca St. James). Parton is one of 12. Both families were poor. Parton grew up in a two-bedroom shack in the Smoky Mountains. Meanwhile, in Middle Tennessee, Joel and Luke recall miraculous stories of neighbors leaving groceries on their front porch or anonymous church members paying their bills shortly after their family moved to the United States from Australia, and their dad—a Christian concert promoter—lost his job.

That’s one reason the siblings shared a bittersweet moment earlier this year when they returned to their native Australia to perform for the very first time, selling out two nights at the iconic Sydney Opera House.

“It takes a while for the music to spread,” Joel remarks of taking their music to their homeland for the first time. “The economics of sorts when you cross ponds gets very difficult.”

The response, on the other hand, was nothing short of incredible. “Christian radio’s everywhere—it’s so accessible here,” Luke notes. “In other parts of the world, like in Australia for instance, they play mainstream music and Christian music side by side.”

The duo’s current album has taken them literally all over the globe to places like Iceland, Singapore and the Philippines. “When you get to other parts of the world and they sing these songs, you almost get the sense that their lives depend on the hope of these songs,” Luke offers. “It’s a really humbling thing to think that you write these songs to comfort your own soul, but it’s really brilliant when you write a song and it goes out and becomes a comfort for another. You start to be even more inspired by music because you see how far it can go, and you see the power of what it actually does in people’s lives.”

Every night, before they even appear on stage, for KING & COUNTRY’s music goes before them. It speaks for itself, healing hearts, dismissing shame and freeing souls…one grand entrance at a time.

for KING & COUNTRY + Dolly Parton = A very special "God Only Knows" remix (spoiler it's gotta bit of twang to it):

Dolly Parton joins brothers Joel and Luke Smallbone for a remix of for KING & COUNTRY'S song “God Only Knows.” In the music video, each singer portrays a distressed version of themselves and goes on to show the opportunity for redemption at the close.

"King Of Kings" by Hillsong Worship

"What A Beautiful Name" by Hillsong Worship 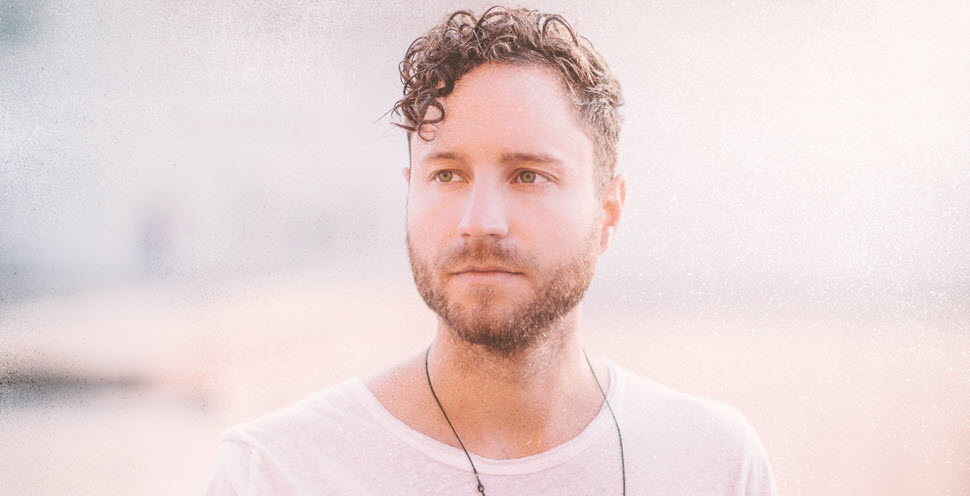 "Wherever I Go" by Dan Bremnes