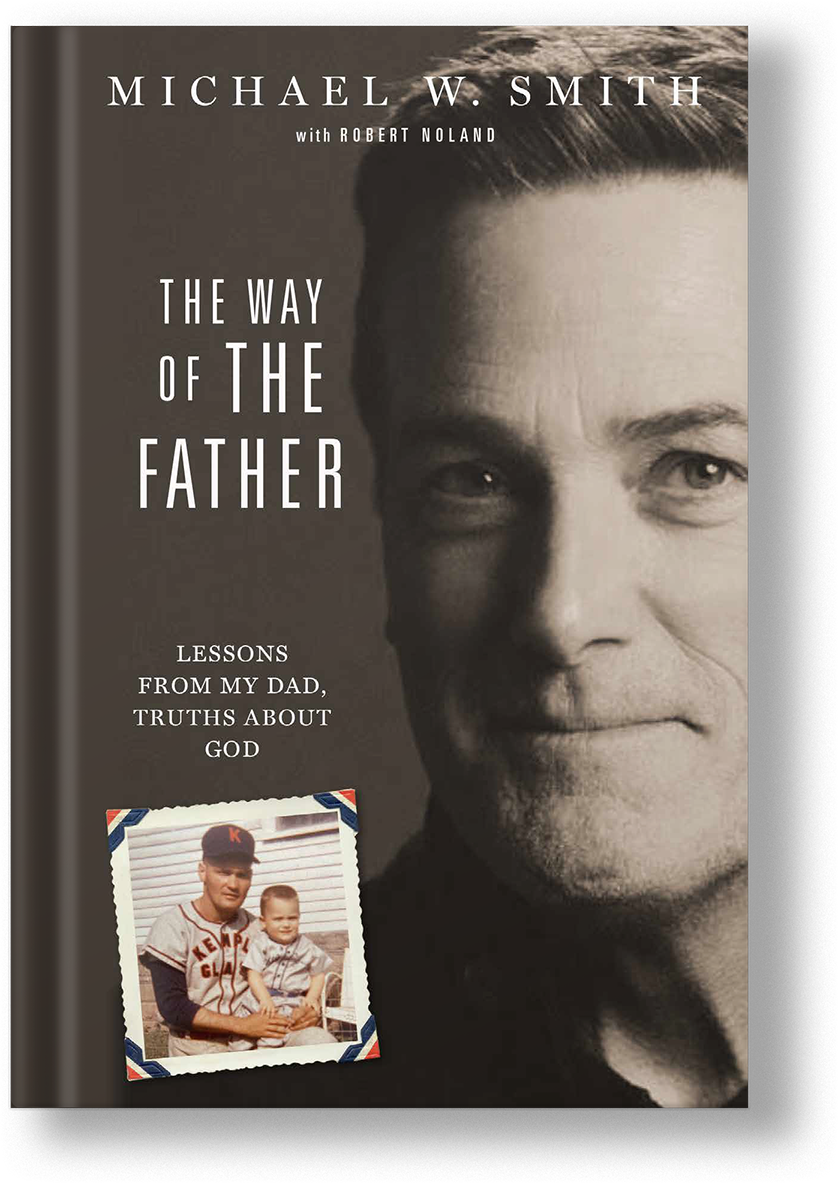 Place your order as soon as possible to ensure timely delivery – we are experiencing longer than normal shipping times due to unprecedented transportation delays. Usually ships within 72 hours of order. Physical book ordering is available in the USA only.

The Way of the Father: Lessons from My Dad, Truths about God

Grammy Award winner Michael W. Smith’s The Way of the Father offers a deeply personal reflection on his father Paul Smith’s legacy and its profound effect on every area of his life. Through the life and lens of his earthly dad, the multi-platinum selling Christian artist gives glimpses of a Father in Heaven that anyone can approach and experience.

Michael W. Smith, multi-platinum artist, celebrated songwriter, producer, best-selling author, and acclaimed actor, himself a father of five adult children and grandfather of sixteen, calls upon his humble experiences of growing up in a small West Virginia town to share his father’s story. Each chapter identifies a quality and characteristic of his dad that came out of an obedient and sacrificial life, committed to serving his Abba Father, including:

Paul Smith was a familiar face in the crowd at Michael W. Smith’s concerts over the years. A kind and joyful man who would sing, dance, and worship to the singer’s countless number one hits, with his countenance beaming brighter than the spotlights on the stage, Paul would often introduce himself to those nearby and talk about how proud he was of his son. From the artist’s early days as a struggling musician in Nashville to his death in 2015 (the year his son’s album sales surpassed 15 million), Paul was always Michael’s biggest fan.

Michael shares how his dad inspired and encouraged him using biblical principles and virtues. Now, Michael passes on these same truths through stories, testimonies, origins of songs, and personal insights from his family life and thirty-five plus years of touring as a Christian artist. He hopes that by sharing his father’s legacy, readers will come to find that no matter who our earthly parents have been in our lives, our Abba Father will never fail us.

The Way of the Father will likewise challenge readers in their faith journeys so they will one day hear, “Well done, good and faithful servant. You have fought the good fight, run the race, and have been found faithful”—just like Paul Smith heard on the day he was called home to be with his Father.

Michael W. Smith, a multi-platinum recording artist, has won three Grammy Awards, forty-five Dove Awards, an American Music Award, and has sold more than fifteen million albums. He has also given back to the global community, having raised funds to battle AIDS in Africa alongside U2’s Bono; started Rocketown, a safe haven for young people in Tennessee to meet and find hope; and has helped to improve more than 70,000 children’s lives through Compassion International. With a career spanning more than four decades, Smith has also starred in two films and written fourteen books, including a children’s book series. He lives with his wife, Debbie, in Franklin, Tennessee. They have five adult children and sixteen grandchildren.

Find out more about Michael at MichaelWSmith.com.

Robert Noland spent ten years as a touring musician, songwriter, and producer in Christian music and then twenty years running a para-church ministry where he first began writing Christian resources. Since 2014, he has become a best-selling author, writer, and creative consultant based outside of Franklin, Tennessee.

Find out more about Robert at RobertNoland.com.