First-time K-LOVE Fan Award nominees @CAIN not only won their category, but they also performed their award-winning “Breakout Single of the Year,” “Rise Up (Lazarus),” at the 2021 K-LOVE Fan Awards. The group’s Taylor, Madison and Logan Cain are forging a musical path in the same rootsy, Americana vein as their current tourmate, @Zach Williams; and their similar foot-stomping acoustic direction can be heard on the siblings’ inaugural No. 1 hit.

“Rise Up (Lazarus)” serves as the title track of CAIN’s debut album. While it name drops the friend Jesus raised from the dead, the song really talks about God resurrecting the dark and dead places in our lives. Filled with distinct familial harmonies and thoughtful lyrics, the song didn’t come easy the day CAIN found themselves in a writing room with co-writers Ethan Hulse and Nick Schwarz.

“That day started out rough. We were halfway into the write when we realized we needed to start over completely,” the band confesses on Instagram concerning the genesis of the song. “Once Ethan brought up this idea, we were off to the races. Then, when Taylor was looking back in her song idea notes, she realized she’d recorded the same words, same melody two months prior. God wanted to write this song, and He made sure to get it to us. We pray that you feel Jesus calling out to you to RISE UP.”

“Every time I hear ‘the voice of Jesus calling us out from the grave like Lazarus,’ it makes me so proud,” Logan says of the song’s powerful lyrics. “I always want to glorify Jesus’ name in every way, so to have the opportunity to literally sing His name gives me so much joy.”

Through music, CAIN was able to find joy in the midst of an unprecedented season. While 2020 proved to be an unexpected year for the new act, the trio weathered the storm by releasing their debut, taking their first single all the way to the top of the charts, and now winning a K-LOVE Fan Award for their efforts.

“At the start of the year, we had big plans to promote ‘Rise Up (Lazarus),’ but COVID-19 canceled every single one of them,” Taylor admits. “We honestly just counted this year as a loss and tried to lower all expectations, but now we have a No. 1 song! If we ever needed any more proof of God’s faithfulness, this is it. He still had a plan when all of ours failed.” 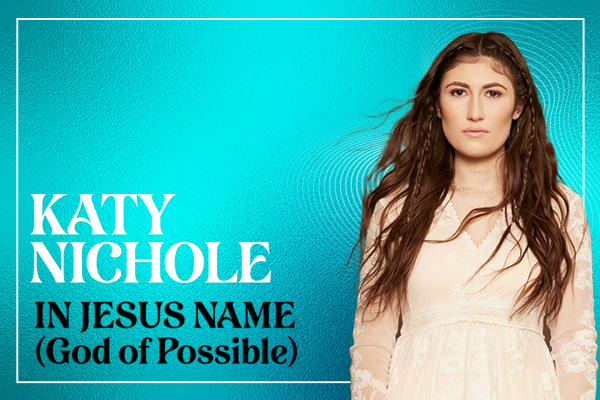