Jordan Feliz Shares His First Job, His Biggest Musical Influence and His Favorite Way To Spend An Off-Day On Tour

Since @Jordan Feliz first ascended the radio charts with “The River,” he’s been cranking out smash after smash. His most recent No. 1 hit, “Jesus Is Coming Back” — which features @Mandisa and @Jonathan Traylor  — continues his tradition of crafting colorful pop jams filled with moments of hard-hitting truth while living out his God-given calling that ultimately led him to Music City. The California native drove across the country on faith and little else, knowing he was called to steward songs for a bigger purpose. That risky move to Nashville eventually paid off in the form of a recording contract and tours with TobyMac, Matthew West and others. Sealing his commitment to writing songs that point people to Jesus, Feliz’s latest album, Say It, communicates everything that’s on his heart in this season.

The hitmaker recently chatted with KLOVE.com for a round of “21 Questions” where he reminisced on his first job, his biggest musical influence and his favorite way to spend an off-day on tour. (Hint: It includes copious amounts of caffeine.)

K-LOVE: Favorite moment of your career so far?

Jordan Feliz: My favorite moment in my career, hands down, has been getting to tour with @TobyMac. He has set the bar so high for newer artists, and just being able to be around him and his team for the last couple years has been amazing!

K-LOVE: Best part about touring with @Matthew West on “The Brand New Tour”?

Jordan Feliz: Honestly, my favorite part of this tour has been being on the road with a bunch of my friends. I know Matthew and everyone on his team, and it’s so nice getting to do life with them.

K-LOVE: First concert you ever attended?

K-LOVE: Best thing about being a dad?

Jordan Feliz: Watching my kids learn to pray has been the thing that has made me cry the most. I feel like the best thing is a mix of that and being able to just watch them grow into who God is making them into.

K-LOVE: Favorite line in “Jesus Is Coming Back”?

Jordan Feliz: At the moment, I think it’s “When the world gets complicated, we’re gonna keep on celebrating.”

RELATED CONTENT: Jordan Feliz Celebrates The Day That "Jesus Is Coming Back”

K-LOVE: One sentence that sums up your latest album, Say It?

Jordan Feliz: If the name of Jesus ain’t lifted up, who needs us?

Jordan Feliz: My biggest goal is to pray on every decision and not be scared of the word “no.”

Jordan Feliz: Being away from my family is really, really difficult. My family and I have been praying that God would open doors for us to travel more together with our own tour bus. That prayer hasn’t been answered yet, but we are expectant.

RELATED CONTENT: Catching Up With Jordan Feliz on New Music, Performing Again and His Influences

K-LOVE: Favorite place to vacation with your family?

Jordan Feliz: Probably a beach area called 30A in Florida. Our entire family has a blast down there!

K-LOVE: Record you never get tired of listening to?

K-LOVE: Artist who has influenced you the most?

Jordan Feliz: Let your no be no and your yes be yes.

K-LOVE: Favorite way to spend an off-day on tour? 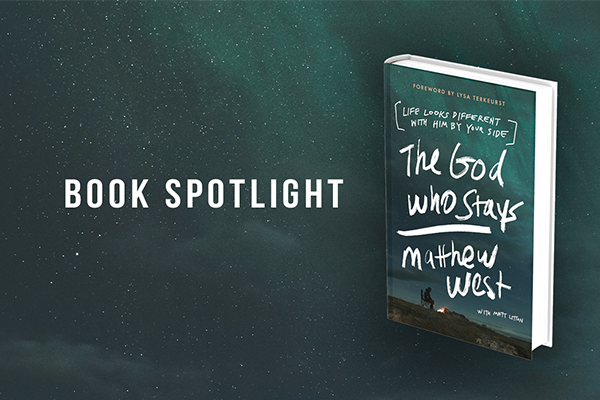 Matthew West’s ‘The God Who Stays: Life Looks Different With Him By Your Side’