21 Questions with Stephen Stanley on Music, Inspiration, and Growing Up as a Preacher's Kid

“No Hopeless Soul” singer @Stephen Stanley picked up his mom’s guitar at age 9 after an accident left him deaf in one ear. As a teen, the musically curious preacher’s kid started playing piano and drums, as well as leading worship at the church where his dad pastored. Now as an artist signed to a major record label, the Georgia native crafts deeply emotional songs that capture his thoughts and feelings as he navigates an ongoing battle with anxiety and depression. His raw, honest self-titled EP serves as Stanley’s official introduction to listeners.

The newcomer recently sat down with KLOVE.com for a round of 21 questions to share his love of Star Wars, @Switchfoot, and his grandpa’s Thanksgiving Day ribs.

KLOVE.com: Most surreal career moment since signing a record deal?

Stephen Stanley: “No Hopeless Soul” being played on the radio. I remember growing up, riding in the car with my mom, dad, and brother listening to Christian radio. So it’s mind-blowing to have a song on the radio.

KLOVE.com: Song you currently can’t get out of your head?

Stephen Stanley: “Do you feel paralyzed by the things you try to hide?” Other than the title, that lyric defines the song’s message for me. We need to stop hiding our inner pain; we need to talk about it. Holding it in just makes it worse.

Stephen Stanley: Hard to say, but I had a lot of fun making “Ain’t No Mountain High Enough” and “Believer.”

KLOVE.com: Artist you most look up to?

Stephen Stanley: @Jon Foreman of Switchfoot. He’s been one of my heroes since I was in first grade.

KLOVE.com: The thing you repeatedly remind yourself of when you’re feeling low and struggling with mental health?

Stephen Stanley:  I try to remind myself that I am not in control of God’s will for my life. God alone is. I go where He wants me to go. For me, that’s a very encouraging statement to think about.

Stephen Stanley: Luke 12:22-32. It’s an extremely comforting verse where Jesus is talking about anxiety. Short quote: “Consider the ravens, for they neither sow nor reap; they have no storeroom nor barn, and yet God feeds them; how much more valuable you are than birds!” (Luke 12:24)

KLOVE.com: First job you ever had?

Stephen Stanley: I was a recreational director for a daycare center. Basically, I showed up at recess and played games with kindergarteners.

KLOVE.com: The place your songwriting inspiration comes from?

Stephen Stanley: It comes from many different places. Scripture, listening to music, watching movies; and I also listen to what people say. There’s a lot of times where I’ve gotten inspiration from a conversation or a sermon.

KLOVE.com: The person you most want to be like when you grow up?

Stephen Stanley: Luke Skywalker. He blew up the Death Star, helped redeem his dad, and defeated the emperor. Haha! For real though, it’s to be my own dad. He’s a man of conviction, passion, and strong integrity.

KLOVE.com: The downside of being a preacher’s kid?

Stephen Stanley: Well, the upside is access to the church’s candy. The downside would be getting in trouble for eating all the candy. Also, you have to go to a lot of weddings.

KLOVE.com: First album you ever owned?

KLOVE.com: City you’d most love to live in?

KLOVE.com: Best meal you’ve ever had?

Stephen Stanley: My grandpa makes some dang good BBQ ribs that we have every Thanksgiving.

KLOVE.com: Favorite thing to do on a day off?

Stephen Stanley: Going to the movies!

KLOVE.com: One thing you wish you hadn’t worried about when you were younger?

Stephen Stanley: Social media. For a long time, I let that influence my mind.

KLOVE.com: The upside of being a preacher’s kid?

KLOVE.com: Favorite line from a movie or TV show you find yourself quoting all the time?

Stephen Stanley: “I am Beyonce, always.” -Michael Scott (“The Office”)

KLOVE.com: Message you hope people take away from your music?

Stephen Stanley:  I think songwriters write about how they see the world and how they want it to be. I always want to approach the music and the songwriting in that way. I hope when people listen to my music, they can forget about all the bad things going on for three minutes. I hope they can think about how God is in control and understand that our problems aren’t permanent. There’s always a better way. 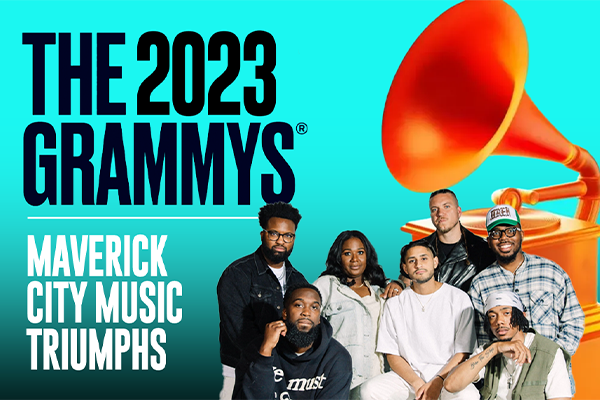